Also shop in Also shop in. Rhode Island Sold by: Item is used in the condition shown, older underline logo.

Cleaned and lubricated, functions as it should. I will list the conversion to Whitworth below as well. In good used condition. Great addition to any toolbox. The company's founding principle was the superiority of interchangeable socket tools over fixed or "tight" socket wrenches, and their first product was a modest collection of five drive handles and ten sockets.

Somewhat oddly, the notice doesn't mention the founders or provide the company address. This second notice appeared in the following week's April 29, issue of Iron Age on page An early advertisement can be seen at the left, as published on page of the December 30, issue of Motor Age.

The illustration shows the five handles and ten sockets that made up the company's first product, referred to as a "General Service" set here. The text notes that the collection would make up 50 wrenches, which was sometimes summarized in a "5 Do the Work of 50" catch phrase. A slightly later notice on page 76 of the January 1, issue of the Automobile Trade Journal nicely summarizes the tools available from Snap-On Wrench at that time.

Notice the display board at the top right with the "5 do the work of 50" slogan. A similar notice but without the display board illustration was published on page 64 of the February 15, issue of the Commercial Car Journal. The entries are presented in order of the first-use date.

The first entry in the table seems to have a curious status, as it has "disappeared" from the USPTO "TDR" database, which usually has an entry even for very old trademarks. The notice at the left shows the information for trademark , as it was published on page of the October 18, issue of the USPTO Offical Gazette. Note particularly that the first use date is claimed as February 2, -- preceding the company's incorporation date. Snap-On tools are generally clearly marked and consistently numbered, but the tools from the s are the exception to this rule.

These early tools were marked in several different styles, or not marked at all, making it somewhat tricky to identify them. This article will look at some examples of early Snap-On tools with different marking styles. Beginning in Snap-On introduced a system of date codes and started marking sockets and other tools as well with the codes. The date code was generally a single digit later, a symbol or character to indicate the year of production, with the digit sometimes preceded or followed by a dash.

For through the system was very simple: In later years though, symbols and script styles were added in order to extend the system, and you'll need to consult a date code chart to determine the date. Date codes were applied in and later without regard for the socket marking style. So we spent more money else where and he didn't like that so we havnt seen him in almost 2 years. Each of the mechanics at our shop have a box of wore out Mac tools that we cant get replaced without mailing them in I guess? We have all called him to ask if he was ever gonna come by again and he said he would swing by?

One of my guys has a bunch of Mac stuff too. I stuck with the snap-on stuff mostly in the stuff I need or use every day cause one old mechanic told me you'll always find a snap-on guy any where you go. Still skeptical about getting stuff from them though. Originally Posted by CashMoney. This space for rent. Same here , Matco the last 4 years or so has been great to us.

We had gary Moore and he was a over the top good tool guy. Since his retirement we got his replacement andrew. Who seems to have a good work ethic and shows signs of a good tool guy. Originally Posted by litlmeck.

December 12th, I showed this to the guys at work today , and one of my co workers has a double box end wrench. Can't find any on my wrenches? Where is the date code stamped?


On the back side of the wrench usually right in the middle. On the sockets there usually before or after where it says USA sideways. December 15th, Just wanted to say thanks for posting this, Mark. 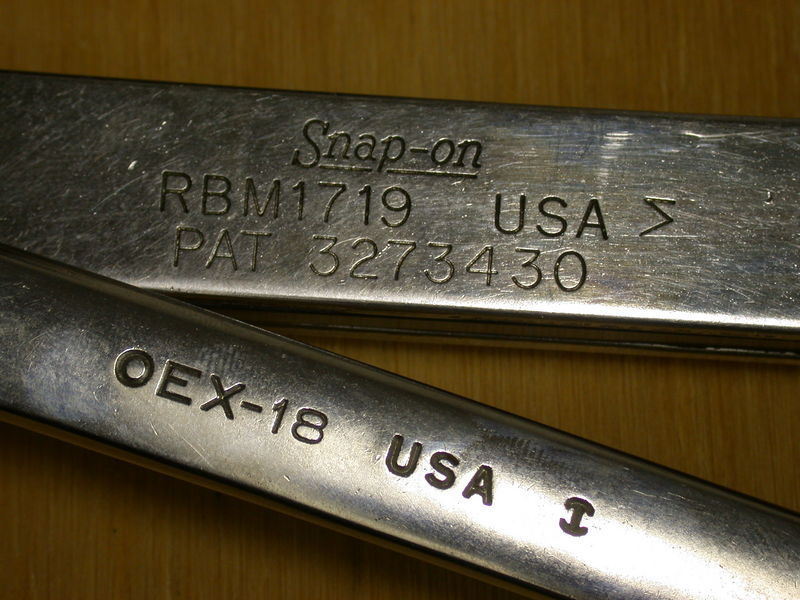 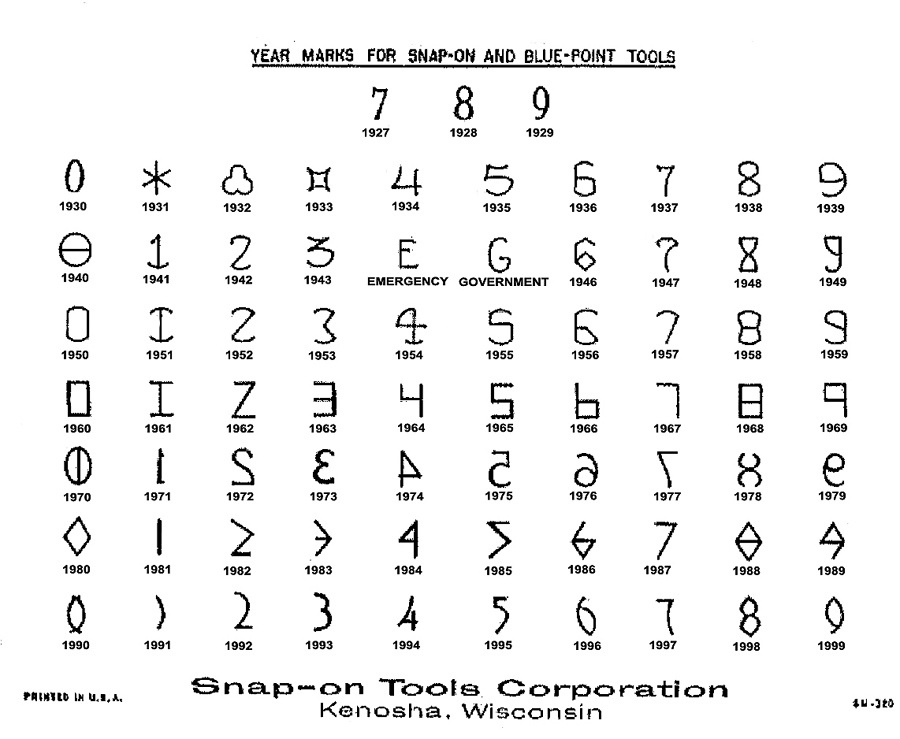 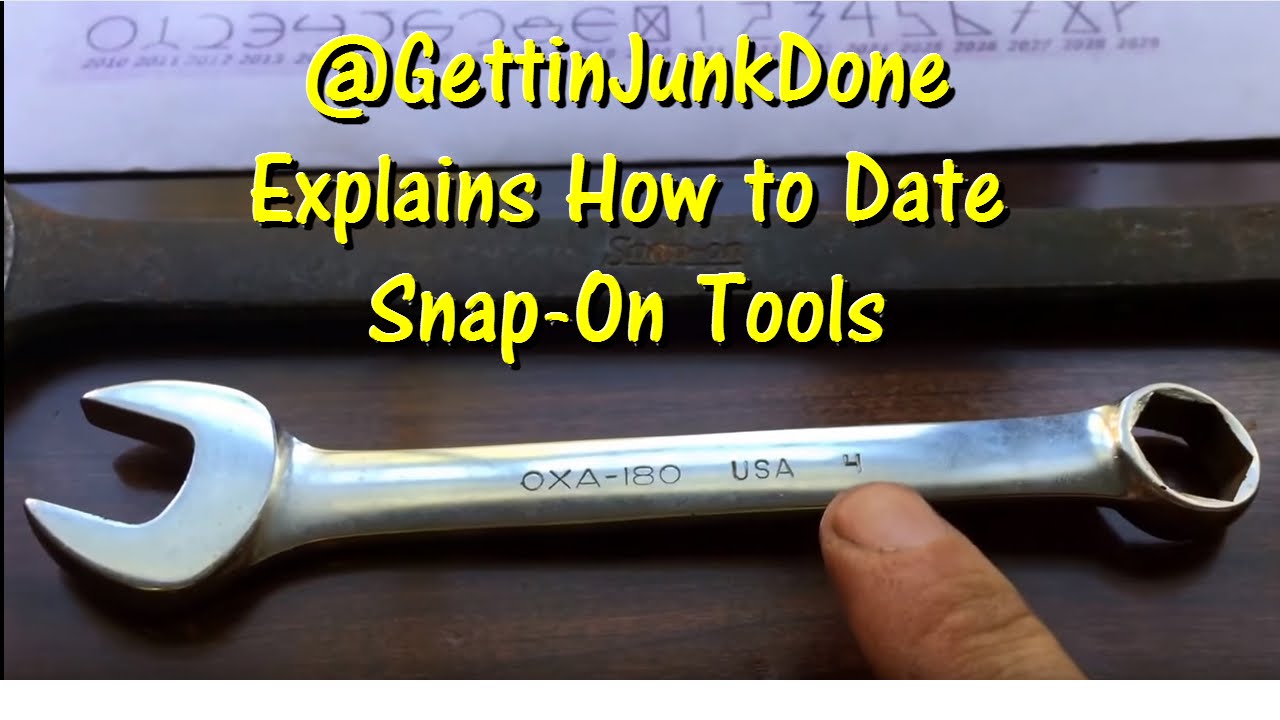 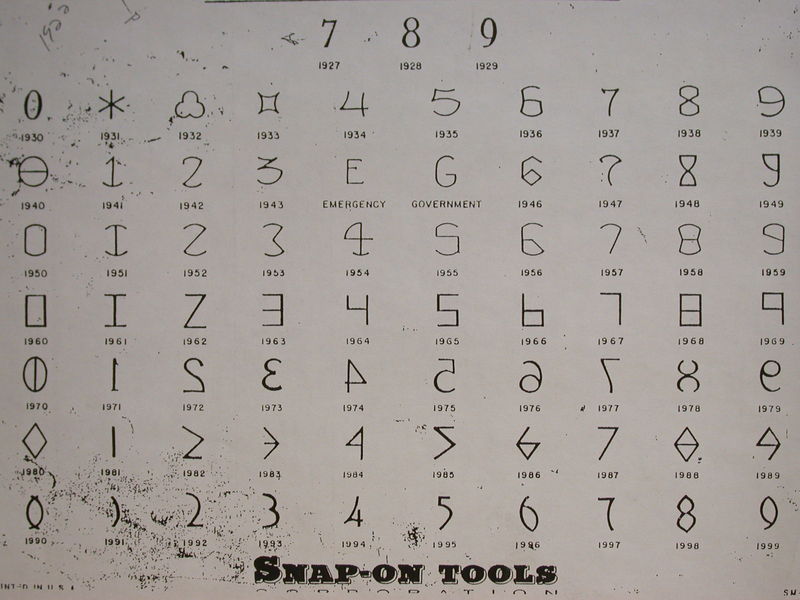 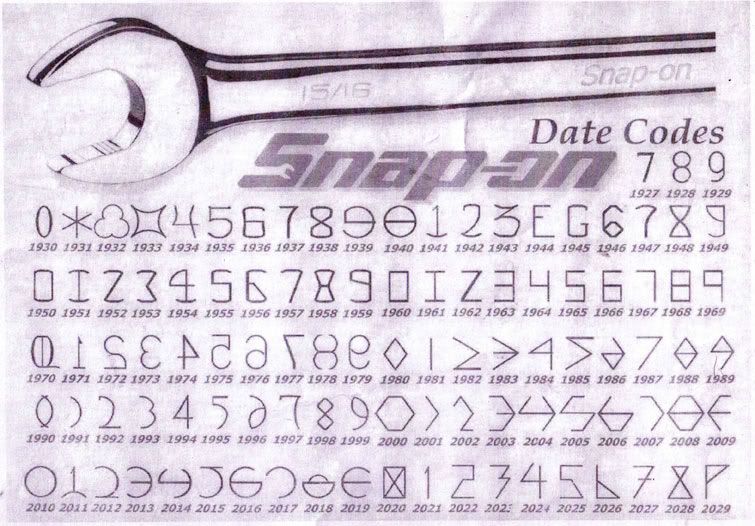